A confirmed EF-2 tornado roared through Adel a half hour before sunset on Jan. 22, 2023, the sixth anniversary of the worst natural disaster in Cook County’s history. The twister snapped trees like twigs and sent them smashing into several homes, but God spared the community from any reported injuries or fatalities this time around.

The Cook County tornado lasted from 5:20 p.m. to 5:28 p.m. Sunday, according to the National Weather Service preliminary damage survey. The twister reached an EF-2 rating, indicating “strong,” with estimated peak winds of 115 mph. The twister’s path was 80 yards wide and 5.911 miles long.

According to the survey summary, “the tornado began just west of Interstate 75 before crossing through portions of Adel. The first significant structural damage consistent with EF-2 intensity was done to a single-family home-style building on West Mitchell Street, between I-75 and North Elm Street. Half of the structure was shifted off its slab and bolted foundation. Adjacent mini-trailers were also flipped in addition to sheets of metal lofted about a hundred feet from the property.

“The second location of EF-2 damage was off U.S. Highway 41 and South Avenue, near Carr Drive, where a large metal structure building was shifted off its bolted foundation. Some steel beams were also ripped off with a couple lofted to a nearby residential area. Multiple large trees on the property had their trunks snapped, while others were uprooted. 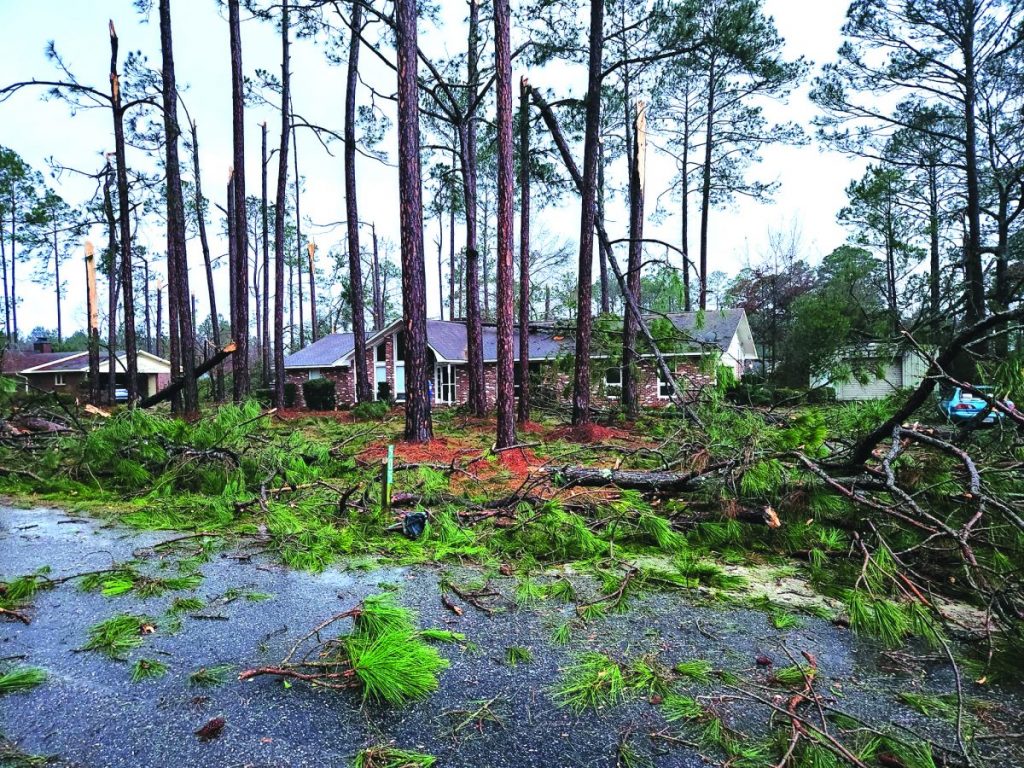 “Numerous damaged/fallen trees, some uprooted, had snapped and twisted trunks in a residential neighborhood along Kent Drive. Several of these trees fell on top of a few homes. The damages in that area were consistent with EF-1 intensity.

“Continued tree damage was observed throughout the east side of the county, along with a series of knocked-over centerline irrigation pivots.

“The tornado then destroyed a motorhome and snapped several trees along Joiner Road, before lifting near the Cook County/Berrien County border.”

A driver following the tornado’s route the next day saw a billboard ripped apart on I-75 near Mitchell Street and the building demolished on the Cook County Exchange Club fairgrounds, where a dog park and kids’ play zone have been planned. The twister also damaged a building and a few trailers at Argo Trailers. The twister smashed a warehouse and a new lawn service’s building next to the overpass between Adel and Sparks on Highway 41.

On Sunday, fire, EMS, and law enforcement personnel responded to assist residents in the Kent Thomas Subdivision, where about two dozen homes were damaged. “Members of the Cook County Fire Department assisted the Adel Fire Department and other agencies with tornado damage removal, and ensuring that all residences were cleared,” said County Fire Chief Johnny West.

The Adel Fire Department reported helping in removing fallen trees on Kent Drive and Moore, Walker, George, Iris, and Jimmy Streets and in driveways so residents could seek shelter from the storm. Emergency responders went door to door while checking on residents. 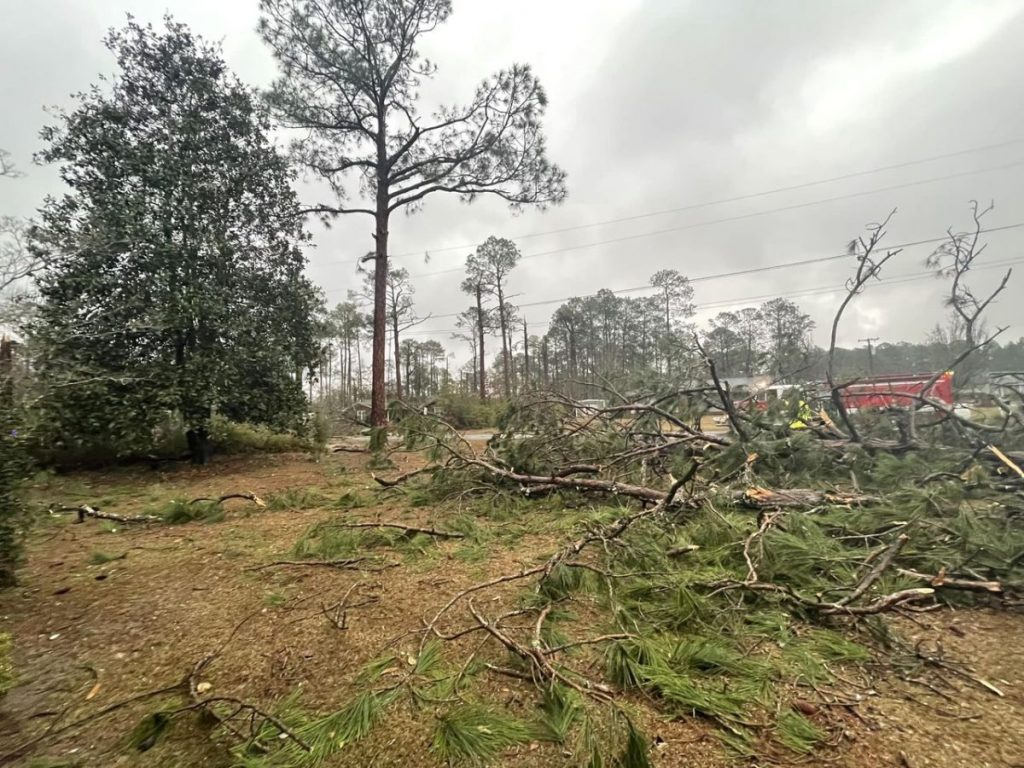 Residents reported hearing the twister’s scream in the whirling darkness and trees, some nearly 100 feet tall, crashing to earth as those witnesses huddled in their safe places within their homes.

On Monday, law enforcement officers blocked access to the affected area while the cleanup continued and utility crews were busy trying to restore power as soon as possible. Electrical department workers from Albany and Moultrie reportedly assisted the Adel personnel. Blue tarps covered several roofs, and volunteers pitched in with their chainsaws.

American Red Cross representatives visited the area to offer assistance. Some of the home repairs will take a number of months.

On Sunday night, the Lenox Fire Department rescued a child’s show pig from tree debris left behind by the storm.

In an eerie coincidence, Sunday, Jan. 22, was six years to the day after an EF-3 tornado killed seven people in Sunshine Acres Mobile Home Park near Adel. The same storm system in 2017 claimed the lives of a couple in Brooks County and a couple in Berrien County. The community set up a monument in the local victims’ memory in front of the Cook County Courthouse.