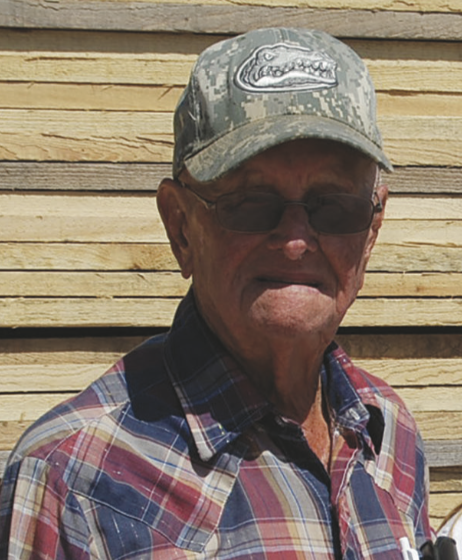 On Tuesday, Jan. 3, 2023, the community lost Samuel Vernon Guthrie, one of the last local World War II veterans and Cook County’s oldest business owner. Mr. Guthrie passed away at the age of 102.

Mr. Guthrie was born January 31, 1920, to Jimmy and Theriba Ford Guthrie on a farm located in the Poplar Springs Community of Berrien County. Interviewed in 2019 by the Adel News, Mr. Guthrie remembered his days growing up when there was no electricity, no paved roads, and only a couple of automobiles in East Berrien. He recalled riding to town aboard a mule-drawn wagon.

Mr. Guthrie served with the U.S. Army Fifth Infantry Division in Europe, attached to Gen. Patton’s Third Army. Mr. Guthrie was part of the D-Day invasion on the Normandy beaches in France.

Accompanied by his grandson Ron, Mr. Guthrie traveled to Washington, D.C., on an Honor Flight in May 2019. The special event marked the 75th anniversary of D-Day.

Mr. Guthrie remained active late in his life, still driving to the sawmill every day at 101 years of age. He could often be seen driving his golf cart around Guthrie Lumber.

During his 2019 interview with the Adel News, Mr. Guthrie said working and staying active kept him young. “I come in and open up every morning,” he said. “I look forward to it. I like meeting people and doing business with them.”

Mr. Guthrie’s legacy continues with a fifth generation of family members. He has been blessed with eight great-great-grandchildren.

Mr. Guthrie’s obituary is available to view on the Adel News Tribune website.