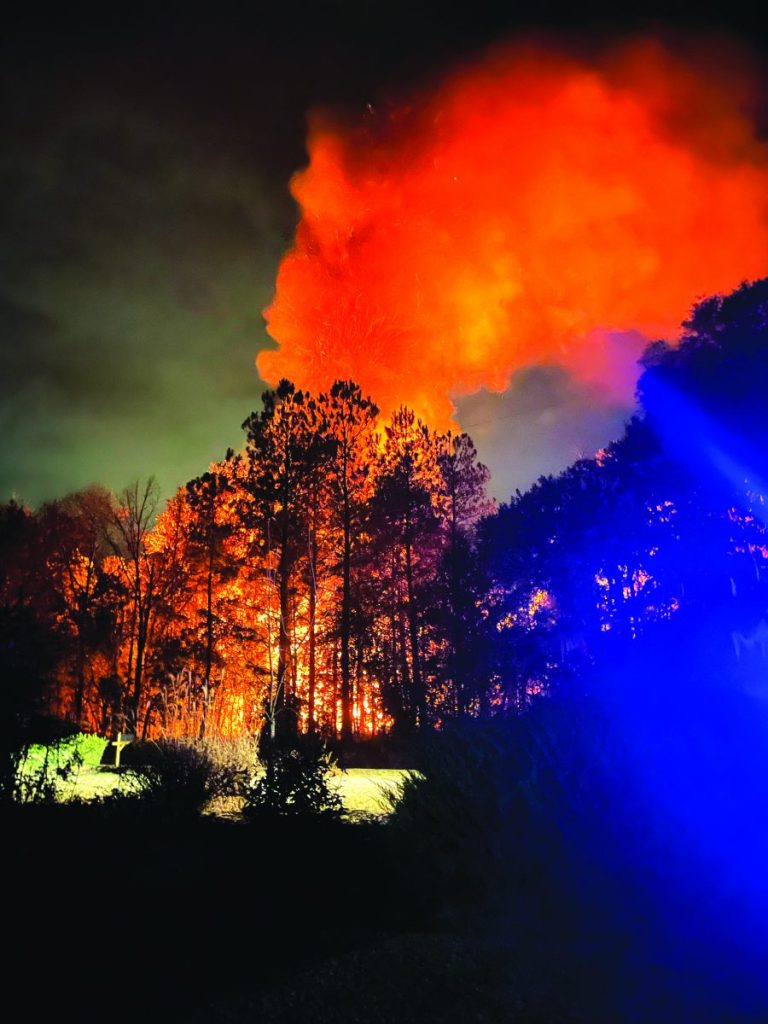 On Thursday, Dec. 29, 2022, Chaserville, Central Cook, and Southeast Cook Fire Stations were paged out to a structure fire at an unknown address on VanBrackle Road, Adel. While en route, crews were informed that it was an abandoned structure that was on fire.

Units arrived on the scene, initiated attack, and extinguished the fire at the residence and a small area of woods around it. Fire personnel used approximately 4,500 gallons of water to extinguish the fire.

The cause of the fire is listed as undetermined for possible arson.

On Friday, Dec. 30, 2022, Chaserville Station was paged out to the same location for what appeared at first to be a rekindled fire.

Upon arrival of the first units, it was determined to be a second structure on fire in a different location. Additional units were paged out for assistance.

This structure had been demolished an undetermined number of years previously to prevent vandalism.

The Georgia Forestry Commission was notified for assistance, and a fire break was established around the structure. Due to the way the materials were piled, it was not feasible to extinguish the fire, and the decision was made to let the fire burn. Fire Department personnel and Cook deputies monitored the area overnight while the fire burned.

Cook County Sheriff’s Office investigators and the Georgia State Fire Fire Marshal’s Office were called to assist with the investigation for possible arson on the two structure fires on VanBrackle Road. If you have any information pertaining to either of these two fires, please contact Detective Devin Morris with the Cook County Sheriff’s Office at (229) 896-7471 or Chief Johnny West with the County Fire Department at (229) 230-1239. You can remain anonymous with your information.