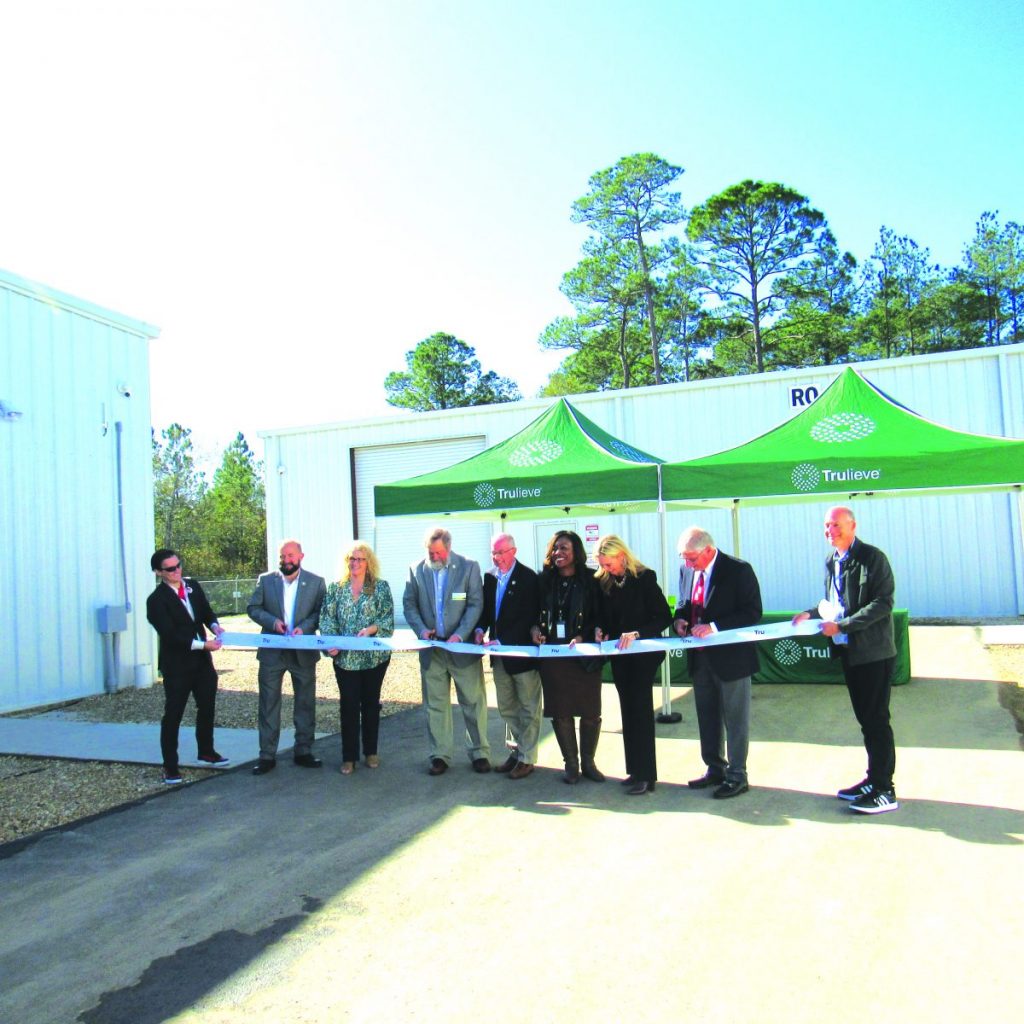 Trulieve Cannabis Corp., a leading and top-performing cannabis company in the U.S., was excited to host a number of dignitaries at the ribbon cutting ceremony, co-hosted by the Adel-Cook County Chamber of Commerce, for Trulieve’s new medical cannabis facility. The event was held at Trulieve’s indoor production facility in Adel on Friday, Dec. 2, 2022.

“Trulieve is proud to open the doors of our Georgia production facility to community leaders, legislators, and the Georgia Access to Medical Cannabis Commission who made this possible,” Trulieve CEO Kim Rivers said. “We look forward to providing medical cannabis to patients in need and introducing our high-quality and safe products in the state’s growing medical cannabis market.”

The new facility will produce a variety of cannabis products that will be available to patients at Trulieve’s initial medical cannabis dispensaries throughout Georgia. Dispensaries have been confirmed for Macon, Marietta, and Pooler. The Macon dispensary will be open for business in early 2023. Rivers said as the company grows, Trulieve will look at opening other dispensaries in South Georgia. Trulieve plans to open 10 dispensaries in Georgia by next July.

She emphasized the safety and strict regulation of the products, noting that her mother as a patient uses medical cannabis as a treatment option.

Adel Mayor Buddy Duke said the local economic development team carefully researched the impact of a local medical cannabis facility, including joining a site visit to a Trulieve grow facility in Quincy, Fla., before putting their support behind the project. As a result of the law enforcement stand against marijuana use, some re-education was needed for local officials about cannabis treatment options for people who have medical needs, Mayor Duke said.

He said Trulieve’s facility also will have a positive economic impact in Cook County. Company officials said Trulieve has already hired 20 people for the Adel facility and that number will continue to grow. Trulieve employs thousands of Florida residents in “not just jobs, but good-paying, competitive jobs,” Rivers said.

“The Georgia team is excited to debut our facilities. We have been hard at work to begin operations in the most safe and efficient manner to ensure those in need have access to Trulieve’s products,” said Trulieve GA, Inc. President Dr. Lisa Pinkney. “We are proud to bring jobs and economic development to South Georgia, and to educate the Georgia medical community on the potential benefits of cannabis for patients with qualifying conditions.”

Trulieve officials say they are committed to investing in the communities where the company operates, and Trulieve’s Supplier Diversity Program provides opportunities for diverse businesses. The company also has a long-standing track-record of supporting numerous DEI initiatives such as its existing community partners in Georgia, including Morehouse School of Medicine and Georgia Justice Project.

Trulieve officials also say they are committed to secure facilities and sustained supply for patients.

For more information on how to become a registered patient in Georgia, dispensary locations, and to sign up for updates, please visit https://www.trulieve.com/dispensaries/georgia.

Trulieve is an industry leading, vertically integrated cannabis company and multi-state operator in the U.S., with established hubs in the Northeast, Southeast, and Southwest, anchored by leading market positions in Arizona, Florida, and Pennsylvania. Trulieve is poised for accelerated growth and expansion, building scale in retail and distribution in new and existing markets through its hub strategy. By providing innovative, high-quality products across its brand portfolio, Trulieve delivers optimal customer experiences and increases access to cannabis, helping patients and customers to live without limits. Trulieve is listed on the CSE under the symbol TRUL and trades on the OTCQX market under the symbol TCNNF. For more information, please visit Trulieve.com.