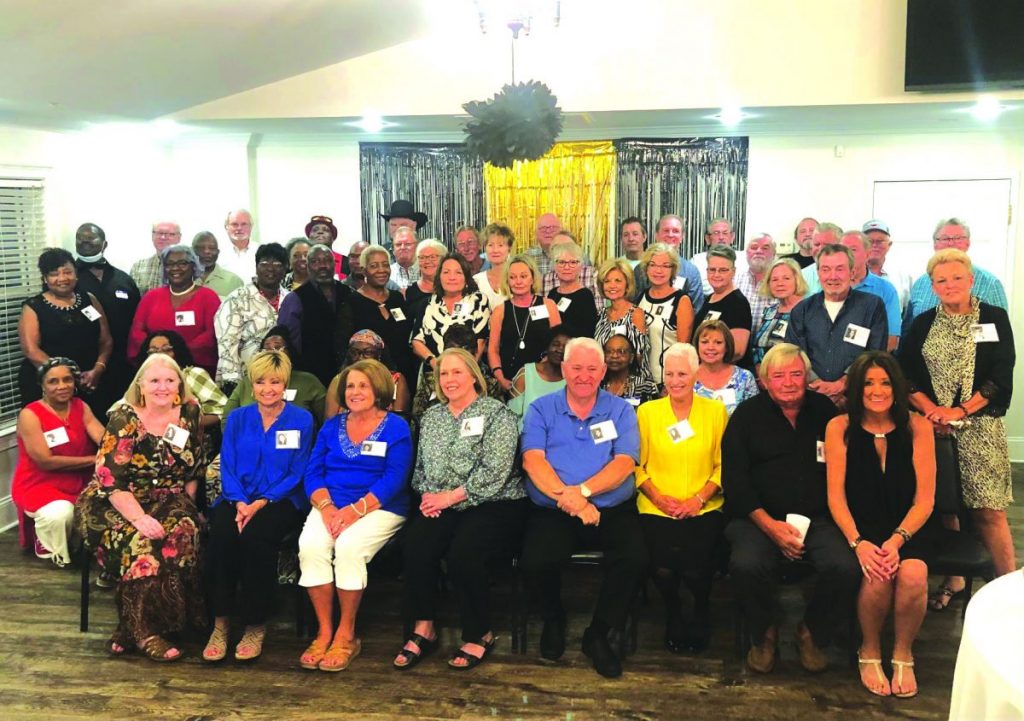 The Cook High Class of 1972 held their 50th Class Reunion at the Horse Creek Winery in Sparks Saturday, September 24th with over 90 classmates, spouses, and friends in attendance.  The reunion actually covered two nights with a meet and greet Friday evening at the Hampton Inn in Adel with over 70 in attendance.

Saturday evening included a delicious meal along with much reminiscing.  During the evening, awards were given to the classmate who had been married the longest, Betty Rose O’Banion Becton and the classmate with the most grandchildren and great grandchildren, Beverly Samuel Mapp.  Larry Moore received an award for the most changed and Carolyn Lindsey McClain for the least changed classmate. The award for the classmate who traveled the farthest went to Hans Van Brackle and Michael Griffin received the award for having served the longest in the military.

Following the meal, a moment of silence was held for the 40 plus classmates who have passed away out of the class of 150 plus graduates.

Those present from the class voted to give a scholarship in the name of the Class of 1972 to the Cook County Education Foundation.

Recognition was also given to the many volunteers for the obtaining of contacts, the decorations, preparation for the meet and greet at the Hampton Inn, securing the DJ and location, and planning the meal for the Saturday event.

For the rest of the evening entertainment was provided by a DJ who provided music from the era.