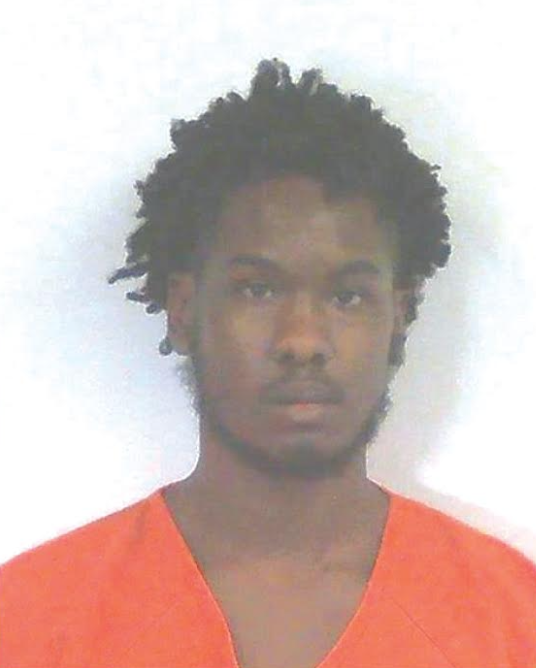 According to warrants taken in the case, at about 2:16 p.m. Aug. 15 at the Redbud Drive address, Sermons damaged the front door by kicking it and used a bottle to hit a male family member.

Warrants further state that Sermons threatened to use a knife to murder three officers and lunged with the knife in hand at two officers. Sermons allegedly resisted arrest by three officers, and struck one on the head and another in the face.

On Aug. 17, Cook County Magistrate Judge Stephen Chammoun denied bond (pretrial release) for Sermons. According to the judge’s order, “the accused poses a significant threat or danger to people and property in the community,” and “the accused poses a significant risk of committing a felony pending trial.” Also, the defendant was already on bond for possession of methamphetamine. Sermons may still seek bond in a hearing before a Superior Court judge.

According to information reported during the first appearance/bond hearing in Magistrate Court, the accused is unemployed and has requested a court-appointed defense attorney.

Other recent criminal cases of note (all cases are pending in Cook County Superior Court):

Fleeing or attempting to elude

Jacob Fredrick Aiken, 22, of Cocoa, Fla., or Atlanta was arrested Aug. 16 by the Georgia State Patrol, Tifton Post, and charged with felony – fleeing from or attempting to elude an officer, driving in the emergency lane, reckless driving, improper lane change, failure to maintain lane, and speeding (111 mph in a 70-mph zone).

According to warrants, the offenses occurred at about 11:15 a.m. Aug. 16 while Aiken was driving a Chrysler Voyager in the area of I-75 Mile Marker 41 Southbound. Aiken allegedly made erratic lane changes and drove at speeds of around 111 mph as he attempted to elude pursuing law enforcement vehicles.

Aiken was released from jail Aug. 17 on a $13,000 property bond. The accused has been employed and has requested a court-appointed defense attorney.

• Bernardo Santiago-Olvera, 20, of Omega was arrested Aug. 8 and charged with possession of methamphetamine, possession of drug-related objects (duct tape, cone-shaped pipe, and two rolled-up $1 bills for drug use), and possession of marijuana, according to the Cook County Sheriff’s Office.

The arrest was made after the alleged offenses occurred at about 12:02 a.m. Aug. 8 on North Union Road in Lenox.

The accused has been employed and has requested a court-appointed defense attorney.

Benjamin Santiago-Olvera, 23, of Omega was also arrested Aug. 8 and charged with DUI, driving without a valid license, and failure to drive within a single lane.

According to warrants, at about 1:01 p.m. Aug. 14 at the Mill Pond Circle address, Brown yelled at and pushed his elderly grandparents during an altercation. Two children witnessed the incident. Brown allegedly repeatedly punched a male family member. The victim’s head was busted open on a cabinet, resulting in the loss of blood and a cut on the back of his head.

Brown was released from jail Aug. 16 on a $20,000 property bond. Bond conditions include no contact with the victims; do not return to the Mill Pond Circle address unless accompanied by an officer, and then only to retrieve personal belongings. The accused has been employed and has requested a court-appointed defense attorney.

Obstruction of an officer

Quemari Lynear Allen, 20, 306 N. Pine St., Adel, was arrested Aug. 8 and charged with obstruction of a law enforcement officer, according to the Adel Police Department.

According to a warrant, at about 2 p.m. Aug. 8 at the North Pine Street address, Ms. Allen was “being evasive and stalling” when an officer asked who she was walking with. The individual she was with turned out to be a wanted person.

Cheriana Lynuse Eady, 26, of Tifton was arrested Aug. 16 and charged with theft by taking, according to the Adel Police Department.

According to the warrant, on April 7, 2022, the defendant stole $60 from Walmart of Adel. She allegedly took the money out of a cash register drawer and concealed it on her person.

Ms. Player was released on her own recognizance the same date of arrest.

The accused is not employed and has requested a court-appointed defense attorney.