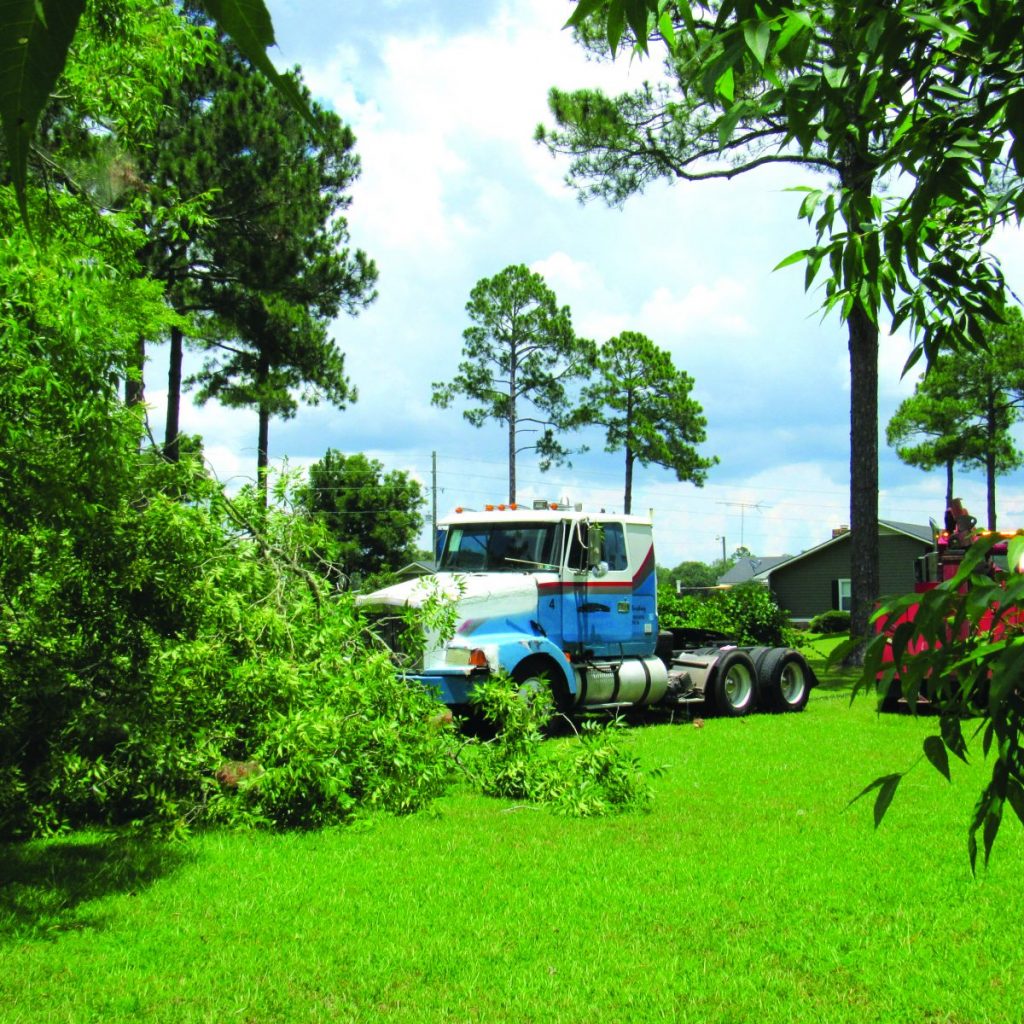 An Adel man was airlifted by emergency medical helicopter on Tuesday afternoon, July 5, 2022, following a single-vehicle crash involving a semi-truck on Coxstill Road.

Malcolm Thompson, 33, was driving a GMC Arrow semi, without a trailer, towards Adel, when the accident started at the intersection of Coxstill and Hutchinson-Parrish Road, and continued west of the intersection on Coxstill Road. It appears that Thompson was driving too fast for conditions and took the turn too quickly, Rigby said.

Trooper Rigby said Thompson seemed to be “alert” and was “talking to me,” giving his name and where he lived, before being transported by an AirMedCare Network Air Evac Lifeteam helicopter to a Tallahassee hospital. The helicopter had landed on a grass field near the accident scene. A current condition report on the patient was not available.