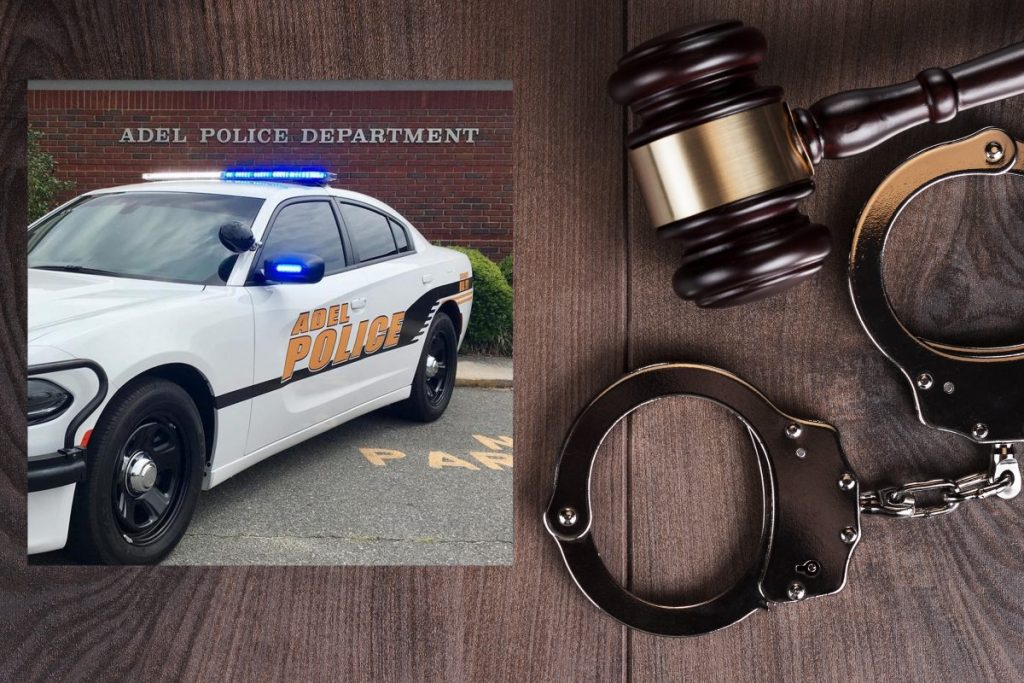 On June 15, 2022, in Cook County Superior Court, an Adel man filed a lawsuit alleging that Adel Police Department officers violated his Constitutional rights and used excessive force against him during a June 15, 2020, arrest.

According to the lawsuit, “on or around June 15, 2020, Thomas (standing 5 feet, 8 inches tall, and weighing approximately 170 pounds) was sitting on a wooden makeshift platform in Adel with friends. Law enforcement personnel from the Adel Police Department and Cook County Sheriff’s Office arrived on the scene and began questioning individuals. …” Thomas was 40 years old at the time of the incident.

Sgt. Hancock, in his written incident report produced after the incident, advised about a tip that a wanted individual named Charles Dunwoody, a.k.a. “Kujo” or “Cujo,” who stood over 6 feet 2 inches tall and weighed approximately 300 pounds, was on the wooden platform, according to the lawsuit. The suit further states that Thomas called a relative when officers came upon the platform, and Officers Hancock and Greene, “aware of the physical characteristics of Dunwoody, asked Thomas if he was the subject,” to which he replied he was not.

The lawsuit adds, “Defendant officers began to get agitated with Thomas being on the phone and asked him to put away the phone, although they were aware that he was not the subject Dunwoody and did not meet the physical characteristics of this individual. … When Thomas placed the phone on speaker instead of hanging it up, Defendant officers slammed him upon the ground, and all took various turns striking and kicking Thomas without justification and legal cause. … Defendant Hancock dry-stunned Thomas at least three times without justification and legal cause. … Defendant officers caused the handcuffs to be placed on Thomas’ wrists so tight that they caused extreme pain, discomfort, and physical abrasions upon his wrist.”

Thomas suffered serious permanent injuries and mental anguish as a result of the incident, the lawsuit alleges.

The suit describes John Does 1, 2, and 3, as “the unknown and unidentified individuals or entities who injured the plaintiff, were deliberately indifferent to his needs, and violated his Constitutional rights.”

The suit requests payment of punitive damages, attorney’s fees, and damages including medical expenses and lost wages. The suit demands a jury trial.

After the June 15, 2020, incident, Thomas’ family and other demonstrators, associated with the Black Lives Matter movement, joined peaceful local protests that alleged police used excessive force in arresting Thomas, as well as in arresting other Blacks during prior incidents in this community.

Thomas’ family disputed the police account of what transpired as Thomas was being arrested.

A battery warrant further states that the defendant did “willingly and knowingly intentionally cause bodily harm to Officer Taylor Greene by resisting arrest, pushing and pulling away from Officer Greene, which resulted in redness and abrasions to and about Officer Greene’s left arm and wrist.” The second battery warrant states that Thomas did “willingly and knowingly intentionally cause visible bodily harm to Sgt. Joel Futch by resisting arrest, kicking, pushing and pulling away from Sgt. Futch, which resulted in scratches and redness to and about Sgt. Futch’s arms and left wrist.”

According to one of the felony obstruction warrants, Thomas was “offering to do violence to said officer (Sgt. Futch) by failing to comply with repeated lawful commands to put his hands behind his back, physically resisting arrest by pulling his arms away from officers, pushing officers off his person, and kicked the officer.”

According to the other felony obstruction warrant, Thomas was “offering to do violence to said officer [Taylor Greene] by failing to comply with repeated lawful commands to put his hands behind his back, physically resisting arrest by pulling his arms away from officers, pushing officers off of his person, and attempting to bite the officer’s arm.”

Among other issues, Thomas’ family members dispute a City of Adel statement that he refused medical treatment, after complaining of an injury to a wrist by handcuffs, and they say that the controlled substance wasn’t his.

A couple of witnesses used their cell phones to film the arrest at a gazebo on Martin Luther King Jr. Drive. One clip, only about a second long, shows at least five officers surrounding a man on the ground; one officer appears to punch the man being taken into custody. The other video on Facebook Live shows the struggle from a distance. The witness filming the video says that the officers are tasing and kicking the man being arrested.

The Adel Police Department requested assistance from and turned investigation of the excessive force complaint over to the Georgia Bureau of Investigation (GBI).

The GBI completed their probe and turned the investigation’s results over to the District Attorney’s Office for any further action.

The Adel News will report the official response from the City of Adel regarding the lawsuit as soon as it is filed in Superior Court.