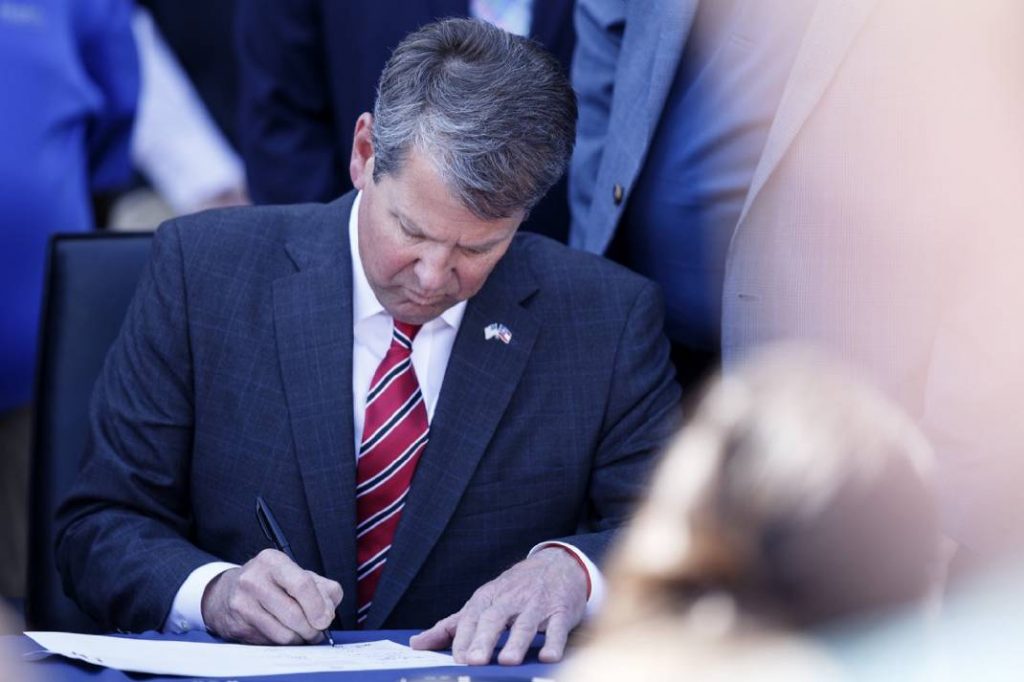 From the Governor’s Office

Today, Governor Brian P. Kemp signed two executive orders to alleviate the financial burden placed on Georgians due to the federal government’s gross mishandling of inflation and to renew efforts to address supply chain issues, according to a news release from the Governor’s Office.

“While President Biden continues to enforce an out-of-touch agenda with no shortage of damaging effects on everyday Americans, I’m going to respond to record-high inflation and continuing supply chain issues by empowering Georgians to keep their money in their own pockets while we keep goods flowing,” said Governor Brian Kemp. “Politicians in Washington, D.C. who ran on promises to unite the nation are failing us, and I will not tolerate this on behalf of Georgians who have entrusted me to fight for them. While we continue to do what we can on the state level to ease the burden at the gas pump, in the grocery store, and elsewhere, I will also continue to urge those on the federal level to change these failing policies, work toward greater energy independence for the country, and get our economy back to full operation.”

“In Georgia, we are focused on helping hard-working Georgians cope with the rising gas prices caused by Washington’s failed policies,” said Speaker David Ralston. “I am proud to join with Governor Kemp and my colleagues in the General Assembly to support this extension of the suspension of motor fuel taxes. We will keep our people and our economy moving.”

“As the nation grapples with inflation and record-breaking prices at the gas pump, Georgians are feeling the impact each day,” said Lt. Governor Geoff Duncan. “As we combat the failures of Washington and continue working to build a more stable future for our state, I commend Governor Kemp for extending this critical temporary tax suspension and returning hard-earned dollars back to Georgians.”

“Because of Gov. Kemp and state leaders’ fiscally conservative approach to budgeting, Georgia can confidently extend the state motor fuel tax suspension to help curb sky-high gas prices,” according to the news release.

Since the temporary suspension was implemented, Georgia’s average gas price has been among the lowest in the nation and remains roughly 45 cents below the national average for a gallon of regular gas, according to AAA.