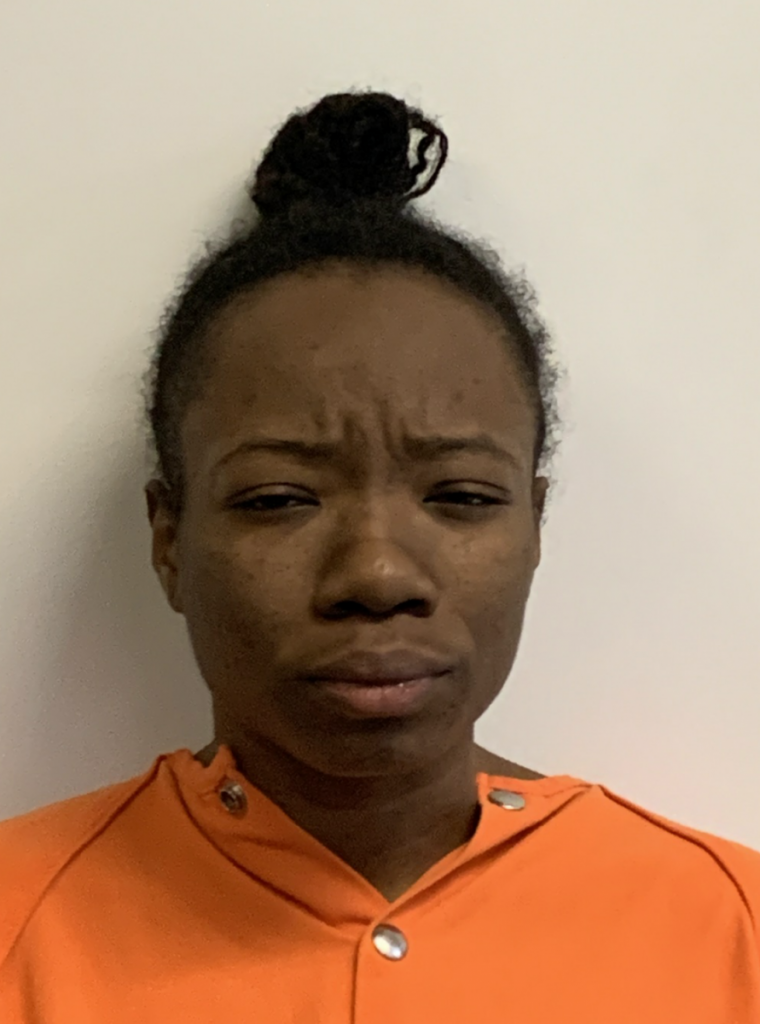 A woman who was recently arrested for committing major traffic offenses turned an officer’s Taser against officers in jail a few days later, according to the Cook County Sheriff’s Office.
Taqiyyah Faith Gerald, 31, of Orange, N.J., was initially arrested Jan. 23, 2022, and charged with felony – fleeing from or attempting to elude a law enforcement officer, speeding (103 mph in a 70-mph zone), driving in an emergency lane for non-emergency purposes, DUI (refused), safety belt violation, reckless driving, failure to exercise due care, theft by receiving stolen property, and obstruction of an officer, according to the Georgia State Patrol, Tifton Post.
The alleged offenses occurred while the defendant was driving a 2005 Nissan Frontier at about 8:45 a.m. Jan. 23 at I-75 Mile Marker 45 Southbound.
On Jan. 25, Cook County Magistrate Judge Ronnie Fender set bond at $18,000 (property). The defendant refused to sign documents at the first appearance/bond hearing in Magistrate Court.
Then, at about 1:10 p.m. Jan. 25 in the Cook County Jail, Ms. Gerald failed to obey an officer’s commands and pointed a loaded X26 Taser at officers, according to warrants. Ms. Gerald allegedly assaulted a detention officer with the Taser, “a device, which when used offensively, is likely to or actually does result in serious bodily injury.”
Warrants add that Ms. Gerald grabbed the detention officer, bruising the officer’s right elbow and left hand, and scratched the left side of the officer’s face with her (the offender’s) fingernails.
The Taser’s safety was disengaged. It was incorrectly stated in the Adel News Tribune print edition that the Taser discharged during the incident. The act of pointing a Taser at officers constituted felony offenses. A deputy’s Taser had to be deployed twice against Ms. Gerald to stop the melee, according to a Sheriff’s Office report.
Ms. Gerald was charged with felony obstruction of an officer (two counts) and aggravated assault on an officer.
A report from the Sheriff’s Office gave the following account of the incident:
At 1:10 p.m. Jan. 25, a deputy was working in central control at the Cook County Jail, when the shift supervisor went to Dorm B400. The shift supervisor took a roll of toilet tissue up to a cell so it could be given to Ms. Gerald, who was locked down in her cell.
About a minute passed by and the correctional officer had not exited the cell yet, so the deputy decided to check on her.
The deputy clicked on the intercom button for Cell 211 and heard what sounded like feet scuffling around on the floor. The deputy asked the correctional officer over the radio if she was 10-4, and she responded, “No! 25 now! Get back!”
The deputy left central control and ran to Dorm B400. He opened the main door to the dorm and saw Ms. Gerald in the dayroom. Ms. Gerald was pointing an X26 Taser at the correctional officer. The light on the Taser was on, and a red laser dot was on the correctional officer, which indicated to the deputy that the Taser’s safety was off and the officer was in danger of being tasered by Ms. Gerald.
The deputy drew his department-issued X7 Taser and took aim at Ms. Gerald.
Ms. Gerald then ran towards the deputy, and the deputy tasered her with the deployed prongs. The Taser was ineffective, and Ms. Gerald proceeded to run towards the Dorm B400 showers. Ms. Gerald then turned around and ran towards the deputy again with the X26 Taser still in her hand.
The deputy deployed his second set of Taser prongs, and this time it was effective. Ms. Gerald became temporarily immobilized by the Taser.
The deputy gave Ms. Gerald commands to put her hands behind her back, and she complied. A detention officer entered Dorm B400 at 1:12 p.m. and placed Ms. Gerald in handcuffs behind her back and double-locked them. Ms. Gerald was then escorted to Cell 140 where she was placed on lockdown.
Photographs were taken of the correctional officer’s injuries. She stated to the reporting deputy that Ms. Gerald inflicted those injuries on her offensively in Cell 211.
On Jan. 31, 2022, Cook County Magistrate Judge Stephen Chammoun set bond on the new charges against Ms. Gerald at $18,000 (property or cash). Bond conditions include do not possess a firearm or any other weapons.
According to information reported during the first appearance/bond hearing in Magistrate Court, Ms. Gerald has completed school through the 12th grade and earned a Bachelor’s Degree, has resided two years at her current address, and is self-employed.
According to court records, Ms. Gerald requested a court-appointed defense attorney for the initial charges, but she declined a court-appointed defense attorney for the obstruction and aggravated assault charges.
The case is pending in Cook County Superior Court.
Posted in News