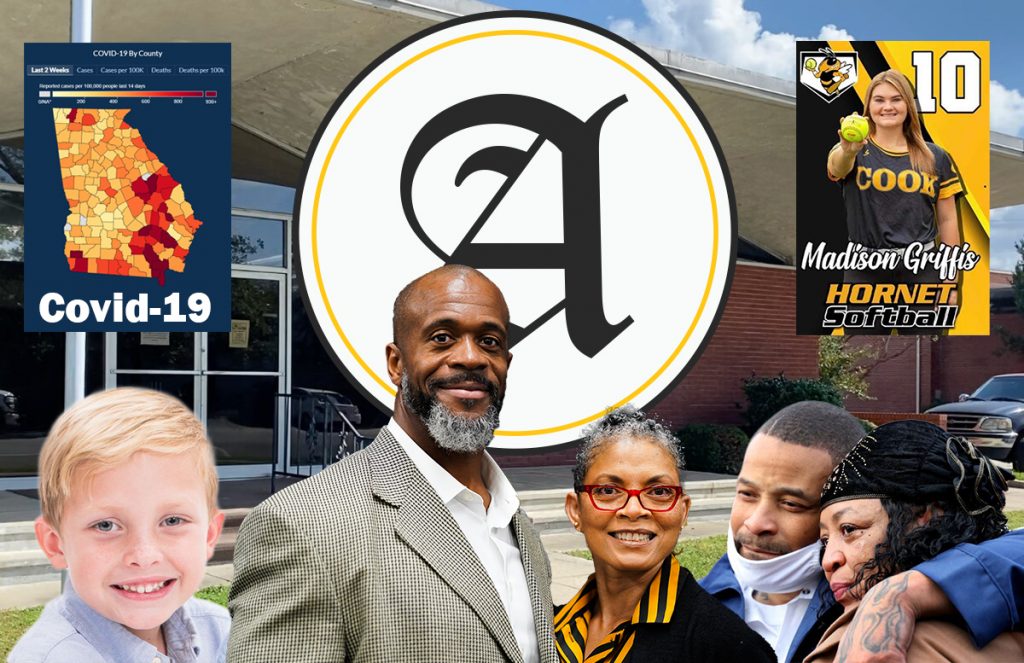 Another year has gone by…and what a crazy year it has been!

Murder trials, fires, and record-breaking COVID-19 numbers, and bitcoin noise complaints reported by The Wall Street Journal are just a few of the many challenges our community tackled. It was even a lot by national standards – Cook County made national news a whopping three times this year.

However, it’s not all bad. We had many ups this year, including an Allstar girl team going undefeated, a historic new head football coach, and the heartwarming unveiling of a memorial for the loved ones lost in a tragic tornado.

The Adel News Tribune is proud to have been a source of reliable news throughout all the ups and downs of last year. In memory of all that we’ve pushed through and accomplished…we present to you, in order of popularity, our top 10 online stories of 2021: 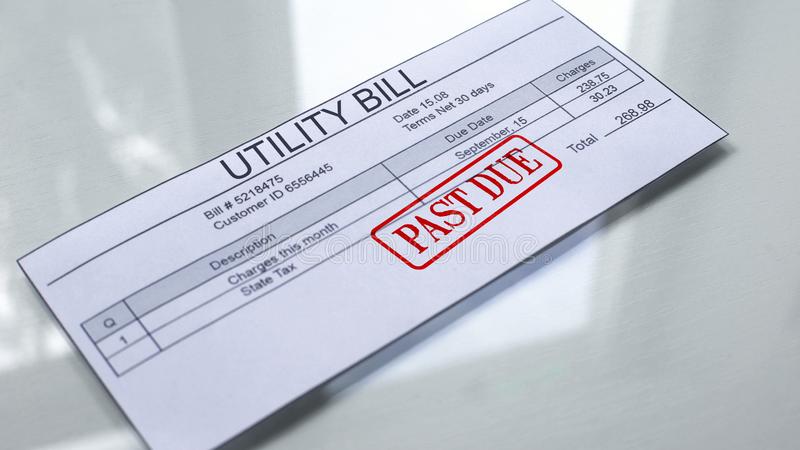 At the beginning of September, Adel citizens stopped receiving light bills. After concerned costumers reached out to the City, City Manager John Flythe told the Adel News that “the issue results from the Southern Georgia Regional Commission ending their service of the utility billing system…The City of Adel has been unable to even notify utility customers…because all their billing information was included on the system that was abandoned.” This means that a new utility billing system had to be rebuilt and all the old customer information retrieved. Due to these issues, the first light bill wasn’t sent out until the 7th of January, four months after they first stopped. 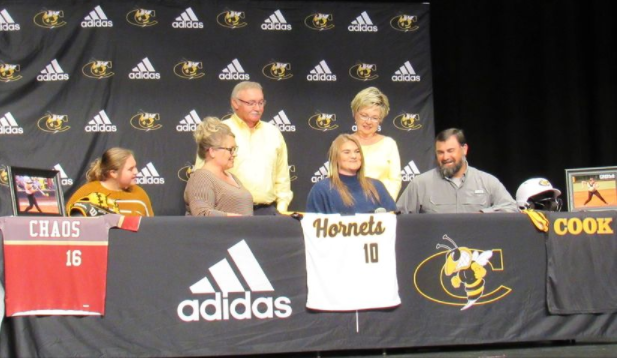 8. Woman passes away in house fire 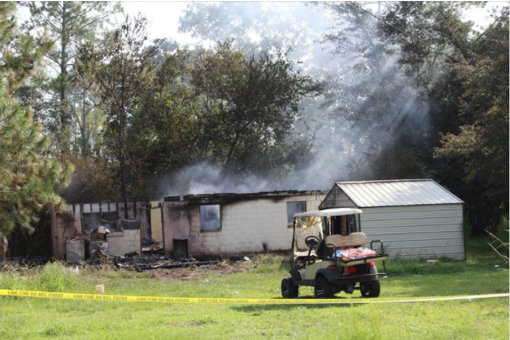 In August, the Cook County Fire Department was dispatched to a structure fire at a residence on Caulie Harris Road, just outside the City of Adel.

However, by the time officers were on the scene the house was fully involved, and the roof had already collapsed. Fire personnel initiated a fire attack to extinguish the flames. A small shed was also burning and was extinguished. Notably, due to the circumstances involving the fire, the State Fire Marshal’s Office was contacted to investigate.

Tragically, the occupant of the home, Ms. Vera Jones, was unable to escape and passed away.

It was clear Ms. Jones had a significant impact on the community. Over 200 people reached out in our comments, leaving messages of grief, love, and support for the family. 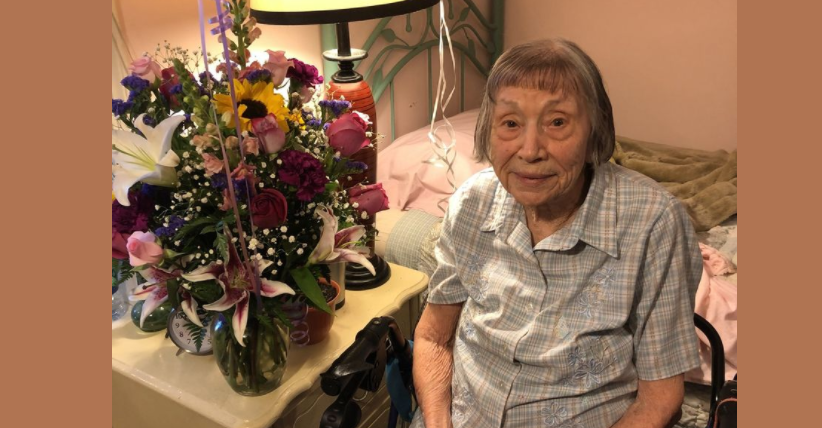 Officially becoming the oldest citizen of Cook County, Mrs. Musselwhite turned 107 on Feb 24th. Mrs. Musselwhite is one of the two longest retired educators in the State of Georgia, having served at three schools before retiring from Cook High School. The community rejoiced at the announcement of her birthday, with over 600 people reaching out to wish her a happy birthday in the comments of our post. 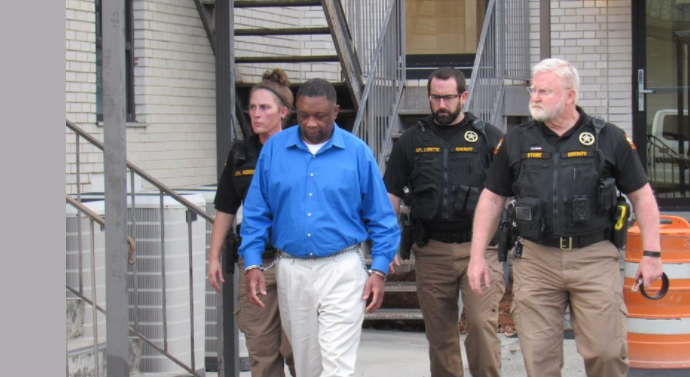 After a three-day trial, a Cook County Superior Court Jury convicted Anthony Jerome Williams of the murder of his wife, Kimberly Williams, a Sheriff’s Office employee loved by many in the community. Nearly three years after the murder, Mr. Williams was sentenced to life in prison without the possibility of parole.

The jury found that Mr. Williams struck his wife, who had announced her decision to divorce a matter of hours earlier, twice in the head with a board and killed her. Prosecutors say that she was sleeping in bed when he attacked her. Mr. Williams then tampered with the crime scene in their home and concealed her body in a rollout trash can. He transported the trash can in a trailer pulled by his truck and placed the container behind a church. Authorities searched for her as a missing person for several hours before Mr. Williams finally led them to the body.

Cook County deputies are shown escorting Mr. Williams from the Cook County Courthouse after his conviction.

5. Cook County has the highest per capita rate of COVID-19 cases in the USA 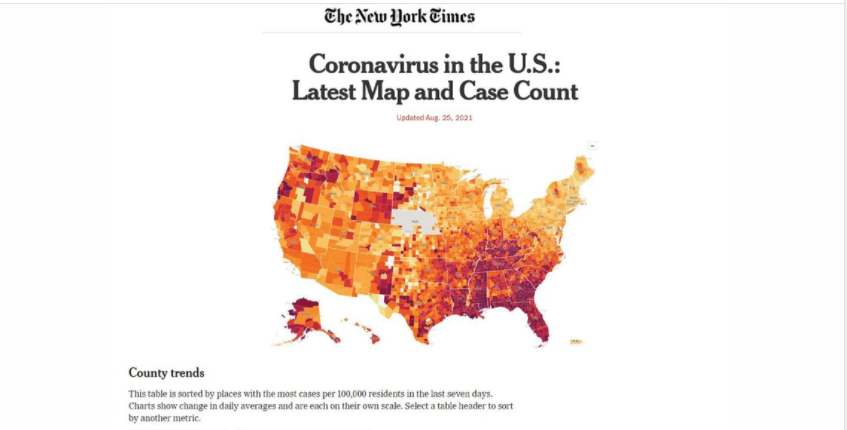 Making national news for the first of three times this year, Cook County was featured in the New York Times, who reported in August that our county had a higher PER CAPITA RATE of COVID than any other location in the United States. 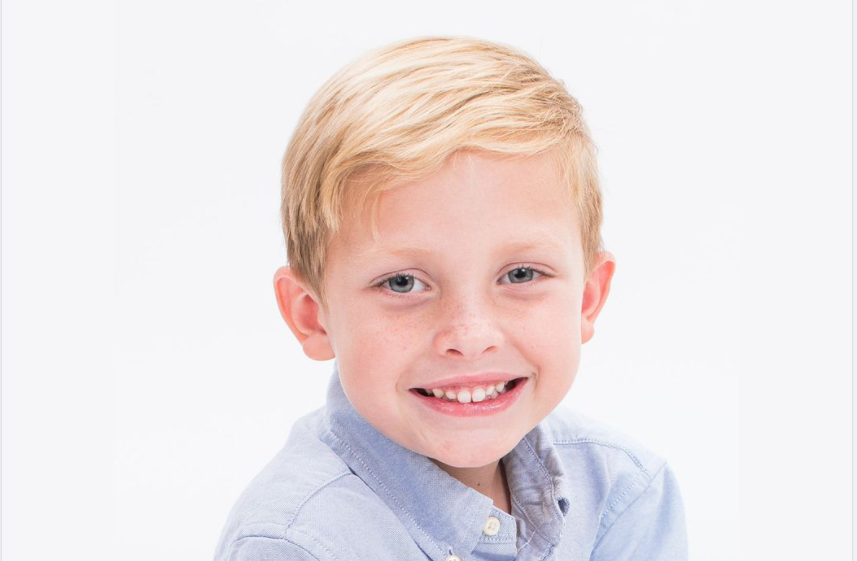 After a tragic hit and run, Graham Mason Emrich , a 6-year-old boy from Cook County, passed away on Oct 19th.

His hobbies were playing X Box games with his dad, entertaining his sweet sister, Gracie; and helping care for new baby sister, Gensie Ruth. He enjoyed outside activities, including golf, hunting deer, riding his four-wheeler and swimming. He also loved to travel. He was remembered for being a loving boy who wanted to be friends with everyone. 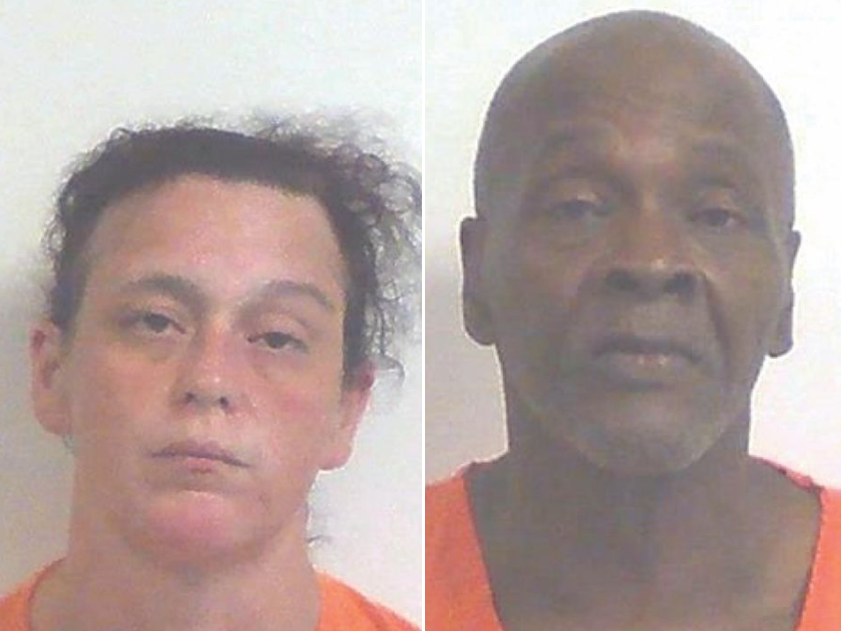 An Adel woman was arrested for allegedly locking her two children, ages 9 and 10, in a dog cage. Carolyn Ann Lissimore has since been charged with cruelty to children, first degree (four counts), false imprisonment (two counts), and cruelty to animals.

According to the false imprisonment warrants, Ms. Lissimore confined the two children in a room locked with a padlock and a locked dog cage. Ms. Lissimore would not feed (them) on several occasions while locked in a room and/or a dog cage. Det. Masters added that the dog cage was “altered to be used in the way (Ms. Lissimore) used it.”
The Cook County Department of Family and Children Services is also involved in investigating the case and ensuring the children are now protected.

2. Inman freed after 23 years in prison 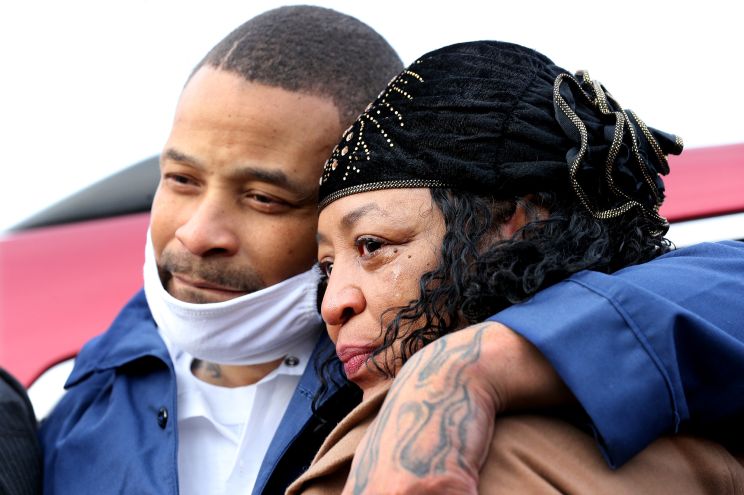 23 years after his murder conviction, a judge granted a writ of habeas corpus in the Inman case.

Devonia Inman, who was accused of the 1998 murder of Taco Bell manager Donna Brown, has claimed for years that he was wrongfully sentenced. The Georgia Innocence Project and other watchdog groups in criminal justice and media have stayed vigilant with the Devonia Inman case. In particular, the Atlanta Journal-Constitution and The Intercept have created podcasts with international exposure, “Murder Below the Gnat Line” and “Murderville.”

The judge who eventually overturned the conviction cited “prosecutorial misconduct” and “ineffective defense counsel” as the reasoning behind her decision.

1. Cook hires first black head coach, and first to have a doctorate. 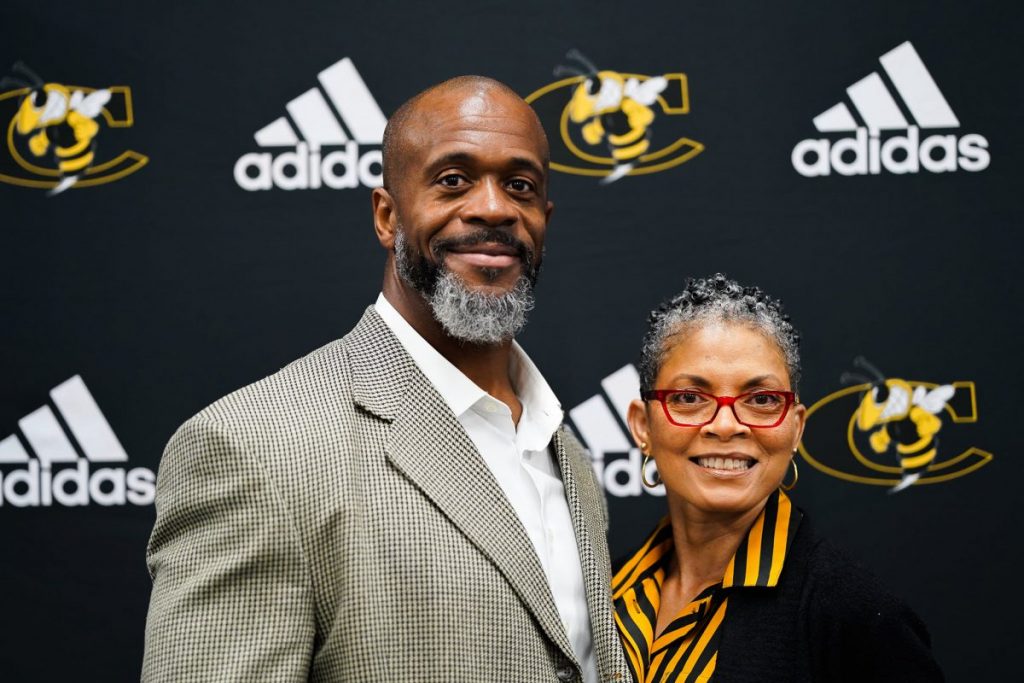 The Cook County Board of Education voted unanimously in December to hire Dr. Byron Slack, Assistant Head Coach and Defensive Line Coach for the Colquitt County Packers, as the new Head Football Coach for the Cook High School Hornets.

This was a historic hiring for the Hornets, as Dr. Slack will not only be the first African American to coach in the top position, but also the first to hold a doctorate.

Our community celebrated the announcement wildly, sharing the Adel News Tribune Post to over 100,000 people. 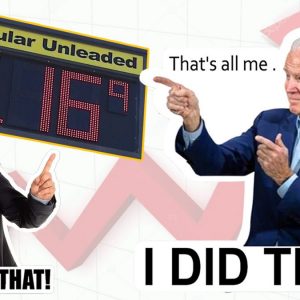 Does the President control gas prices? 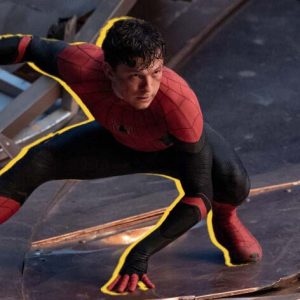