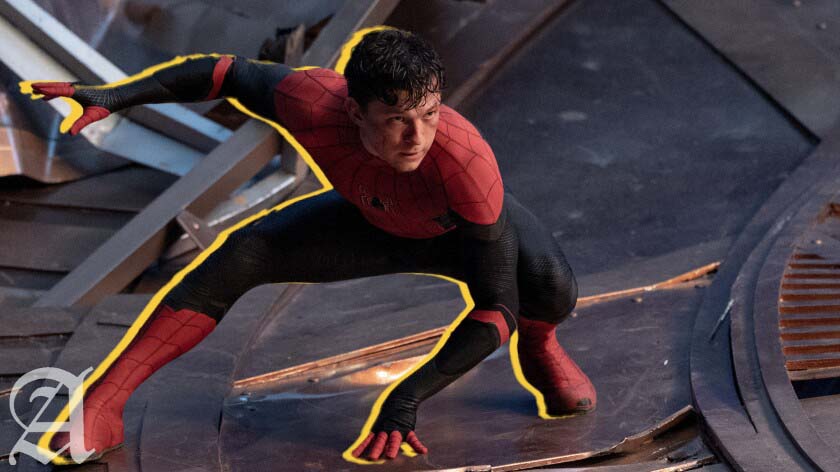 When a person thinks up a list of god-awful, terrible people, normally it’s comprised of murderers, dictators, and other maniacs who’ve ransacked the lives of many throughout the Earth’s history. At this point in time, I would put anybody who spoils “Spider-Man: No Way Home” at the top of my personal list of people who suck to the highest degree.

I see your Attila the Hun and raise you some jerk named Tim who’s trying to be edgy on social media and ruin everyone’s good time. There’s no place in the modern world for spoil-happy loons looking for attention. Maybe it sounds a little harsh, but if you spoil a highly anticipated film for someone who has been looking forward to it for months, even years, may you stub your big toe in a way that doesn’t cause permanent damage, but definitely ruins the rest of your day. In short, don’t be a Tim. Some men just want to watch the world burn, however, but we’re not talking Batman and DC today, my friends.

No, this day belongs to Marvel.

Since I am allergic to hypocrisy, this will be a spoiler-free, somewhat-review of the new “Spider-Man: No Way Home” film that was just released last Friday. I was lucky enough to be able to get early showing tickets for the previous Thursday, however, so I felt all warm and fuzzy inside knowing I got to be one of the first to view the movie in my small town. Tickets were disappearing fast. I was able to secure some pretty decent seats, but if I waited any longer, I would have been assigned to the front row. You know, the spot where you have to look at the ceiling to see the screen. Would I have willingly risked a broken neck to watch this movie?

This film has been a couple years in the making, and with rumors swirling around about what could be happening in this next installment of our web-headed, friendly neighborhood Spider-Man’s adventures, the hype was absolutely in overdrive. Without going into details, I will say that I was not disappointed by the direction this film took whatsoever.

I laughed, I cheered, I cried, I spilled some popcorn, and I cried again. I would even go as far as saying it’s worth the fifteen extra dollars to go see it in a theater a second time.

I would also recommend watching it in a theater as packed as it can possibly be. That way you can share in all of these emotions with those surrounding you, and believe me, it is an emotional rollercoaster.

Spider-Man has 100 percent taken over as the heart and soul of the Marvel Cinematic Universe.

Now will I say this movie is for everybody? Of course not. There’s a lot of nostalgia and references made to previous Marvel films in this third going, which shouldn’t come as a surprise. Spider-Man has been around since the ‘60s, so there’s going to be nods here and there that may go over some people’s heads. But, this movie isn’t necessarily made for them. This is a love-letter to the core Spider-Man fan through and through.

Also, whatever you do, stay for the after credits. Happy viewing!