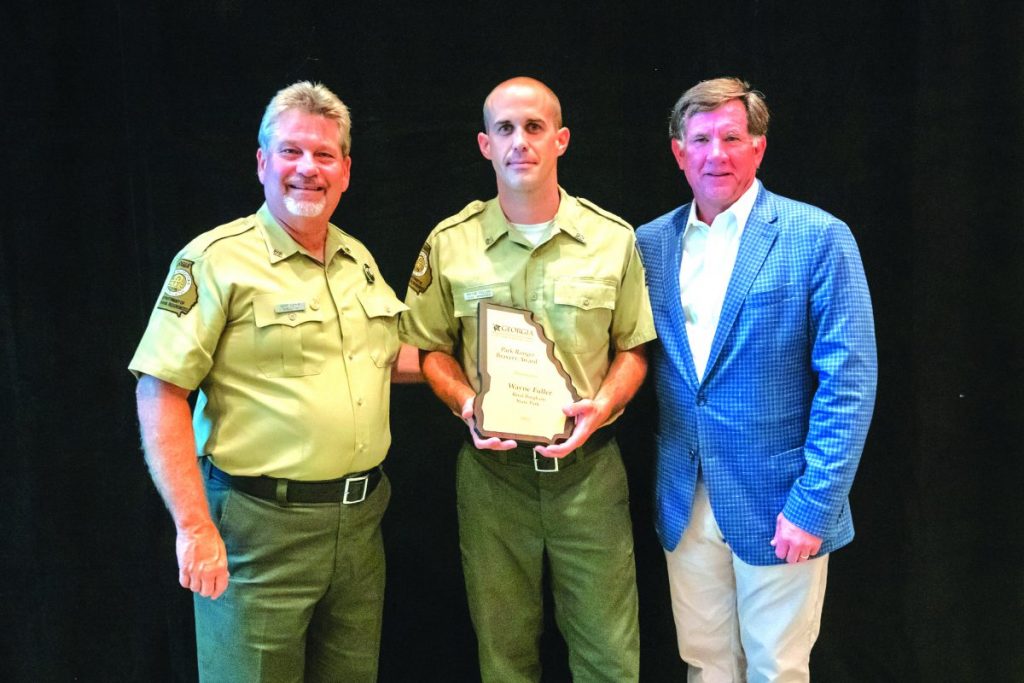 According to Georgia State Parks and Historic Sites, after heavy rainfall in April, the Little River had risen to dangerously high levels. Reed Bingham State Park Manager Bud Fuller received a call from the Cook County Sheriff’s Office letting him know that a visitor reported an overturned vessel, a man was on shore yelling for help, and a woman and small child were holding onto a tree in the middle of flooded waters.

Fuller responded quickly, and with assistance from park employee Tom Daughtrey and Cook County Sheriff Doug Hanks, they rescued the boaters, a young park guest and his grandmother.

Due to Fuller’s emergency-response preparedness and excellent relationship with local officials, a potentially deadly situation was averted.

Also, Reed Bingham State Park was second only to Indian Springs State Park in Flovilla for Most Outstanding Site Operation. Under Manager Katherine Darsey’s leadership, Indian Springs State Park has had an outstanding year. The middle-Georgia park excels with guest services and administrative duties, and staff completed natural-resource projects such as erosion control and invasive-plant management. The park’s lakeside Idlewilde Event Center continues to draw even more guests each year for weddings, reunions, and other gatherings.

Fuller noted that out of the nine awards presented, four of the recipients were from Region Five (Reed Bingham’s region).